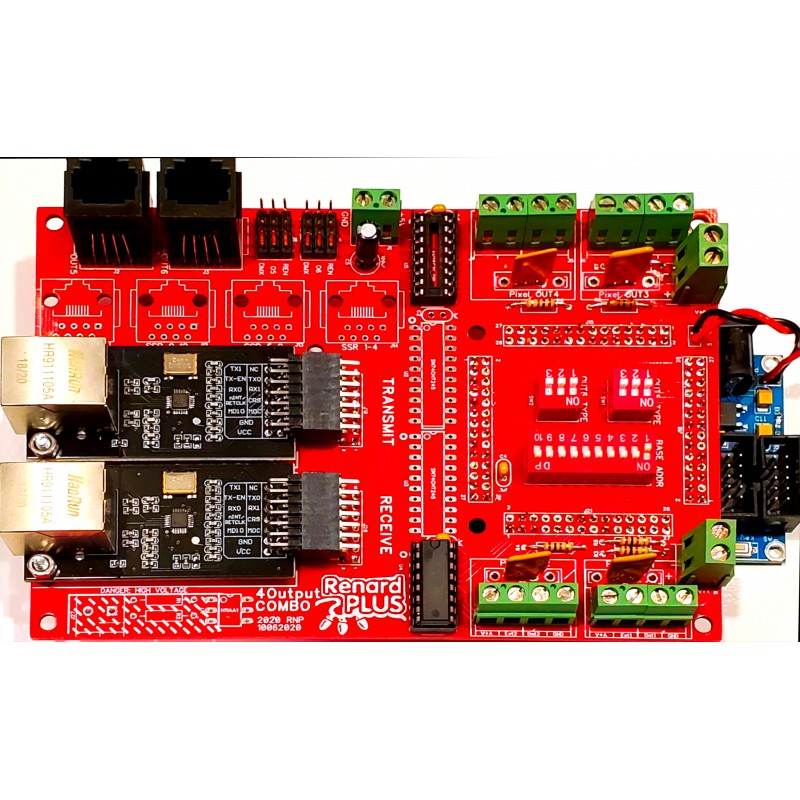 The 4OutCombo is a combination of a 4 pixel channels controller, and/or 4 SSR outputs (4 ports each fore a total of 16 channels, and/or ethernet to Renard/DMX bridge.

Note, this kit includes the Altera FPGA board 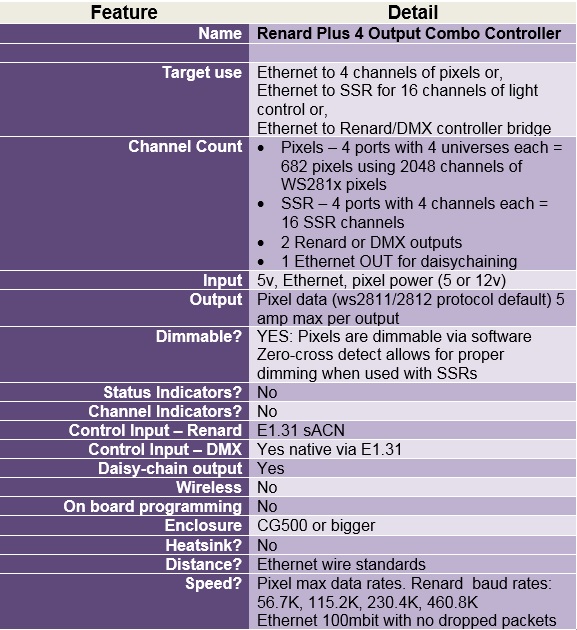 Renard Plus controller boards are flexible in their input configuration and can support a wide range of interconnect options including wired and wireless.  For wireless connections, there are a number of communications types that can be used including XBee, NRF, and standard 802.11 “Wi-Fi” to any number of LED control devices.

Pixels are RGB LEDs that are considered “smart” as they typically have power, data in, and data out to allow them to be daisy chained so one controller can control many pixels.  They are individually addressable so if you had a strip of 50 pixels, you can make each pixel be a different color or just turn on one pixel to any color anywhere on the strip. The options are nearly limitless and allows for some very striking light animation effects.

When configured as a 16-channel controller, you can hook up to 4 of SSR boards such as (but NOT limited to) the Renard Plus DCSSRhc, SSRhc, CheapSnub that have 4 outputs each.  The 4OutCombo can drive TWO of the Renard Plus SSR8 boards (total 16 channels).

When configured as a bridge, it can take in ethernet and convert it to either Renard data or DMX data to drive up to two traditional controllers.

This is one of the simplest controllers to build and use. The only configuration is to pick the base address of the controller. This controller besides being simple is also very powerful. The FPGA is able to handle multiple tasks at the same time, so that no packets are dropped and the delay to output is minimal. The controller can handle the full bandwidth of the 100Mbit Ethernet, while also providing the ability to daisy chain multiple versions of this controller or with any other manufacturer.